The Texas obscenity statute was a law that made it illegal to sell sex toys in Texas. The law was introduced in 1973, updated in 2003, but a U.S. District Judge ruled it was “facially unconstitutional and unenforceable” in 2008.

How many sex toys can you own in Texas

It’s against the law to possess six ore more sex toys. So technically you can own 5 sex toys in Texas.

In Texas, according to Section 43.23 of the Texas Penal Code, it is considered a misdemeanor to own or operate a sex toy. In the Penal Code.

“OBSCENITY. (a) A person commits an offense if, knowing its content and character, he wholesale promotes or possesses with intent to wholesale promote any obscene material or obscene device.

(f) A person who possesses six or more obscene devices or identical or similar obscene articles is presumed to possess them with intent to promote the same.”

It is rare for someone to be prosecuted for the crime of sex toy possession in Texas. However, there have been three reported cases, according to Wikipedia.

As you can see the Texas law is not frequently enforced in supreme court or federal court and most charges were later dropped.

The sale of sex toys is also illegal in the state of Texas.

To protest a new state law that makes the carrying of concealed handguns legal in college classrooms, students at the University of Texas on Wednesday openly displayed sex toys, an act considered illegal under local indecency laws.

Ted Cruz helped defend a Texas ban on sex toys in 2007 because he believed that it was constitutional.

The ban was overturned by the Supreme Court, but Cruz still believes that it was a good law. He has said that sex toys are “a public health hazard” and that they “encourage promiscuous behavior.”

What is Anti-Obscenity Enforcement Act

The Anti-Obscenity Enforcement Act of 1998 is an Alabama statute that criminalizes the sale of sex toys. The law has been the subject of extensive litigation and has generated considerable national controversy. (source)

What is anti obscenity law?

Federal law makes it illegal to distribute, transport, sell, ship, mail, produce with intent to distribute or sell, or engage in a business of selling or transferring obscene matter. Convicted offenders face fines and imprisonment. (source) 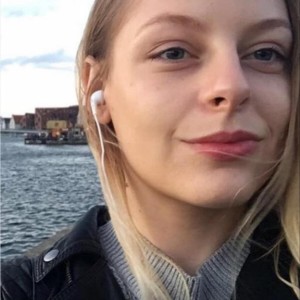 Sasha Linch is the co-founder, head writer and willing guinea pig over at furnpeak.com. She has five years’ experience working in PR and marketing. Sasha is passionate about good sex and wants to help everybody unleash their potential in the bedroom. You can find more about her here.